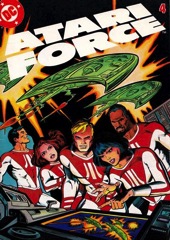 Andru’s back for exactly the type of comic I expected with the title Atari Force. It’s roughly eighteen pages–I’m not counting the double-page spreads–and most of those pages is like watching someone else play a video game. Only it’s an Atari game, so the designs are pretty childish. (Not to knock Atari game designers, but how many bits of graphics did they have? Two?).

The issue recounts the victories of a fighter pilot who singlehandedly shuts down an evil alien species mining planets with slave labor. The regular cast does make some appearances, but only once do Conway and Thomas bother giving them any depth in their scenes. And that one instance is never resolved. The rest of the issue makes that scene moot anyway.

Starlight is not an original idea. Goran Parlov’s composition even mimics The Incredibles when establishing the protagonist, one Duke McQueen. He’s not a John Wayne character, he’s Flash Gordon or Buck Rogers. Except he’s gotten old. His kids are selfish little pricks–again, not original–but he’s pushing through.

He’s also exceptionally well-established in just one issue. Mark Millar uses flashbacks to his adventuring to show who he was and then little scenes in the present to show how he hasn’t changed too much.

Is Duke going to go and save the galaxy again? One hopes–oh, wait a second, didn’t Garth Ennis do Dan Dare with this treatment. Like I said, not original.

But it’s earnestly done. Parlov’s art is fantastic. The fantastical stuff gets pushed further thanks to Parlov’s realistically minded but not realistic stylings. So obvious the Earth stuff works.

It’s light reading, but wonderfully so. 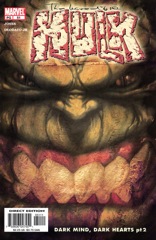 The issue has a couple strange turns of events–not to mention a few of those false cliffhangers Jones uses to keep the reader engaged in what’s basically a setup for things to come. Jones doesn’t come off as gimmicky because those plotting decisions are what his Hulk is all about. He never wants the reader to feel he or she is on firm ground; the surprises, even if they’re only important for five or six pages in the story, are essential.

Consciously playing with reader expectations is an interesting move. If the reader buys in, it still means the payoff needs to be substantial. 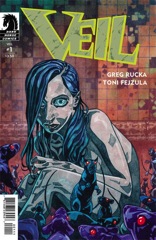 I’m hesitant to wonder if Greg Rucka and Toni Fejzula are going to be able to maintain Veil’s success into a second issue and beyond. Fejzula’s art approximates watercolors, which is a complete disconnect from the issue’s content. Lovely watercolor panels set against the story of a woman who wakes up naked in an abandoned subway and then in a bad neighborhood.

Rucka and Fejzula are challenging the idea of Sturm und Drang with it, not to mention with the girl–the titular Veil–actually finding a nice person. Even in the moments of ultra violence (watercolor ultra violence is another new one), Veil retains some positivity.

For that reason, along with its deliberate, self-indulgent (yet justified) pace, Veil is one of the best things Rucka’s ever done. He and Fejzula aren’t pushing the comics medium’s limits, but they are knocking it over to see how it works.