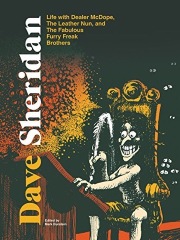 The other day I saw a news article about a young couple, looked to be in their twenties, that were planning their upcoming nuptials. The bride-to-be stated, happily, “its going to be 70’s themed wedding. My fiancé is all about the 70’s, and we just love that period.” So I thought for a second, in some disbelief, what is it about the seventies that would make someone that didn’t even exist then want to plan their wedding styled after this decade? After all, I grew up in the seventies. As best as I can remember, the biggest identifiers of the 70’s were self awareness, polyester, and disco. Not exactly what I would call factors that would make me theme what was to that point the most important day of my life around.

As best as I can recall, me and my fellow seventies raised brethren wanted one thing when wistfully wishing what we wanted the most: to be of age in the sixties. Now of course, nostalgic trends revolve around the sixties, but we actually lived during the sixties. I was born in the solemn year of 1961. When the sixties were over, I was barely into double digits, but even at that young age, certain aspects of 60’s characteristics stuck with me enough to carry them into my teenage years.

Mostly I have my mother to thank for this. She gave birth to me later in life, in her late thirties, and loved the atmosphere of the sixties, their youth, and the types of counterculture that displayed itself at every opportunity. She loved going into hippie run businesses, particularly those along book store lines, as she loved to read, as well as the scented oils, incense, macrame, and all the trappings that younger people wore and espoused. For me, being a young lad, drug into these dens of escapist freakdom, my recollections consisted of just a couple of strong attractions. One, the young ladies that worked and shopped in those stores, wearing their loose interpretations of what passed for clothing (or lack of thereof), two, the magnificent smell of patchouli oil, and three, the inevitable rack of underground comics I was placed at when she knew would be the best space to allow me to actually enjoy these excursions.

Leaving a kid next to a rack of underground comics, you ask? Well, let’s just say my parents were pretty liberal types that figured they raised me well enough to know the difference about what to take seriously and what not to. I suppose at the age of nine or ten, I wholeheartedly agreed with this philosophy. Underground comics, were an independent source of the art form, uninhibited by censorship and the more plebeian concerns of middle class decency. And that brings us to the subject of this diatribe, a biography of one of the second generation underground cartoonists, Dave Sheridan. Now Dave, while born in 1948, really matured as an artist in the seventies, although his life and experiences actually were grounded in the sixties. Artists take time to mature and finely hone their skills, and by the time Sheridan hit his stride, the seventies were in full force, the underground comix scene he grew his talents in, was for all intents and purposes, gone.

Dave Sheridan: Life with Dealer McDope, the Leather Nun, and the Fabulous Furry Freak Brothers, a hardcover edited by Mark Burnstein, published by Fantagraphics, 260 plus pages, $35 retail, is a great and wonderful tome that covers his childhood, education, travels, artistic collaborations, and much more in the all too short volume. Too short, you question? Well, sadly, Dave contracted cancer and his life ended at a mere 37 years on this earth. But what years those were. This book delineates, through first hand accounts from those that grew up with and existed with him, the contributions that his talents gave to those of us lucky enough to have experienced them.

Born in Cleveland, these memories relate his life as a parochial student in through high school, his difficult attempt at normal art type education, and his eventual pilgrimage to the west coast, home of much of the United States countercultural base. From his teaming up with fellow artist and partner in crime Fred Schrier, his first encounter with eventual wife Dava (who was Stanley Mouse’s 19 year old live-in girlfriend (ah, the sixties)), to his life long journeys in artistic heaven, most notably well known as co-author of The Fabulous Furry Freak Brothers for a time with Gilbert Shelton. His run-ins with famous figures such as Father Guido Sarduci and Hugh Hefner, and his design work that gave Rip Off Press its visual identity. The first sixty pages of this book are jam packed with just about everyone he came into contact with and worked with, and all flow seamlessly somehow into a proper narrative and appreciation of his accomplishments.

The latter 200 pages of the book are an excellently reproduced, chronological reprinting of his comix work, his commercial work, including posters, record labels, graphic design packages, and album covers, with my fave being the complete reprint of The Whiteline Cannonball Express Freak Brothers story he did with Shelton that appeared originally in an issue of “High Times” magazine from 1977. It finishes with a lovely selection from his sketchbooks, to give you an idea of how his complicated ideas would start and bear fruit.

While it could be said that Dave’s strong suit wasn’t his writing, you’d be missing the point. The underground comix movement wasn’t about the perfected series of words and pictures, as much as it was the experience of being into and relating the environment he was living, much the same of most comix artists. Dave’s strengths were in his meticulous illustrative technique, patiently using his design sensibility and luscious ink line work to create a visual world few could compete with. Sheridan constantly set up challenges within his visuals not just to bust his own chops depicting them, but to bring the reader into the world he was existing in, whether it be a drug influenced visual masterpiece, or a sexually influenced dream sequence that would captivate the hormones within my tender loins. His sense of humor put him at the top of the class as well, making you laugh, but also marveling at the wit and verve he conveyed it with.

Dave’s most well known character, Dealer McDope, is well presented, as are many others, in such greatly titled comix as Meef, Mother’s Oats, and my fave, Tales From the Leather Nun, no doubt inspired by his duration in Catholic schools. This tome presents them all in a loving, mannerly fashion that oozes with creativity as well as ultimate respect for the creator.

While I came to this earth a little too late to grow up in the sixties, their impression on me as a young comix reader cannot be underestimated. My mother, one day, finishing her shopping spree, casually asked me if I found a comic to add to her pile of purchases.

“Yeah, this one”, I said, pushing up a copy of Mean Bitch Thrills by Spain Rodriguez.

“50 cents? Kind of an expensive comic”, she asked. Most mainstream comics at this time retailed for 15 cents.

“It’s a special one”, I replied, giving Mom the look all kids give when they really want something.

No questions asked, she put it in the pile, and bought it that day. I suppose I was grateful she didn’t look at its contents, or even her liberal attitudes might have been tested. But to this day, I still have that comic, and the impression it left upon me that gave me a whole new way to look at comic books and what they could achieve, in a way, that the mere Batman and Robin couldn’t.

Thank you Mom, and thank you, Dave Sheridan, for the wonderful memories.